The enchanting opal, obtainable in all varieties of color, and can be classified in two ways, precious or common. To be considered a precious class it must have the iridescent quality known as “play of color”. This is defined as “a pseudo chromatic optical effect resulting in flashes of colored light from certain minerals, as they are turned in white light”. It is the internal composition of the opal, that results in its ability to display its exquisite display of color.

The environment in which the opal is made, will determine whether it is opaque, transparent or translucent. The most common colors are white, green and gray while the black opal is considered the most rare.

The opal is a form of silica called hydrated amorphous (SiO 2 ·nH 2 O). It usually contains water within 6 to 10% by weight but may range anywhere from 3 to 21%. Due to its amorphous attributes, it is classified as a mineraloid, as opposed to crystalline forms of silica, which are classified as minerals.

Opal accumulations are usually found in fissures of limonite, basalt, marl, rhyolite and sandstone and tend to settle in fairly low temperatures. 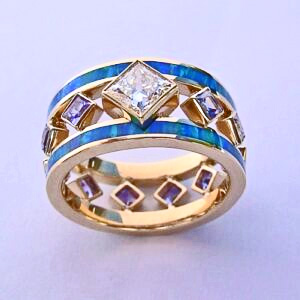 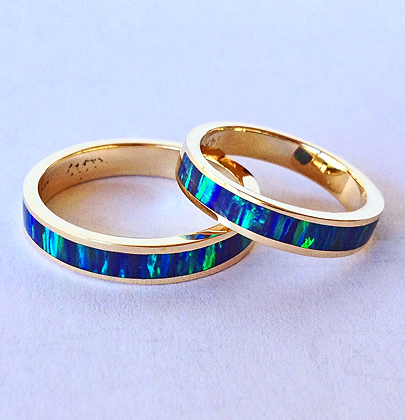 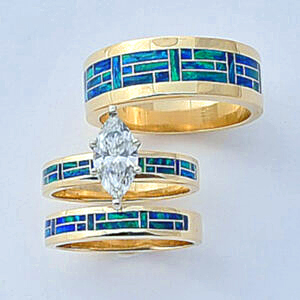