Opal is known as one of the most valuable jewels in the world because of its enticing magnificence. It has a spectrum of colors that cover the entire spectral range. Most of the gemstone enthusiasts and gemstone businesses in Sydney CBD and all over the world are interested in having opal because of its distinctive attractiveness.

However, how deep do we truly know this precious gem? What exactly are opals and what are they really made of?

In this article, the appropriate and straightforward answer will be given to the questions. You will also learn some fascinating things about this one-of-a-kind, vivid, and expensive gemstone.

The word "OPAL" comes from the Latin word, which is known as "opalus" and it means precious stone.

Due to the fact the opals are formed from hydrated silica, which contains up to 20% of water, it can easily dry up if left in heated climate or surroundings.

Australia is well-known as the world's leading producer of opals.

Opals produced in Australia are regarded as the best in the world. The three areas of South Australia, New South Wales, and Queensland account for 95 to 97% of the supply of opal in the world.

The United States, Mexico, Peru, Brazil, Nicaragua, Hungary, and Ethiopia are among the other opal-producing countries.

A popular birthstone for the month of October is Opal.

The symbols associated with the gemstone are innocence, purity, hope, and confidence. Opals are thought to offer beauty and peace of mind to those who wear them.

The black opal is a special type of opal that is the costliest and also the rarest. The black opal has a wide spectrum of colors, namely: blue, green, and yellow, as well as red, violet, and blazing red. The more vibrant the opal is the higher its value.

Regardless of the color play, the opal's brilliance, body tone, pattern, and type of opal all have a vital function in deciding its value.

Opals are available in a wide range of colors.

The varying colors of Opal are caused by silica particles diffracting light as it enters the stone. Due to their significantly more spectacular varieties of colors than common opals, precious opals are highly utilized by the greatest designers and jewelers.

Opals are special, colorful, valuable, and stunning, ranking among sapphires, emeralds, and diamonds as the most valuable gems in the world.

Opal has not only occupied mankind's hearts and minds for thousands of years, but it also takes quite a long time for opals to form.

Even though the actual formation of opal is debated, many people assume that intense rains drove silica down into the cracks of the rock.

Thus, a silica gel was formed after the water evaporated, and this gel hardened over thousands of years, according to some estimates. Opals are always left in their natural state without any intense treatment. 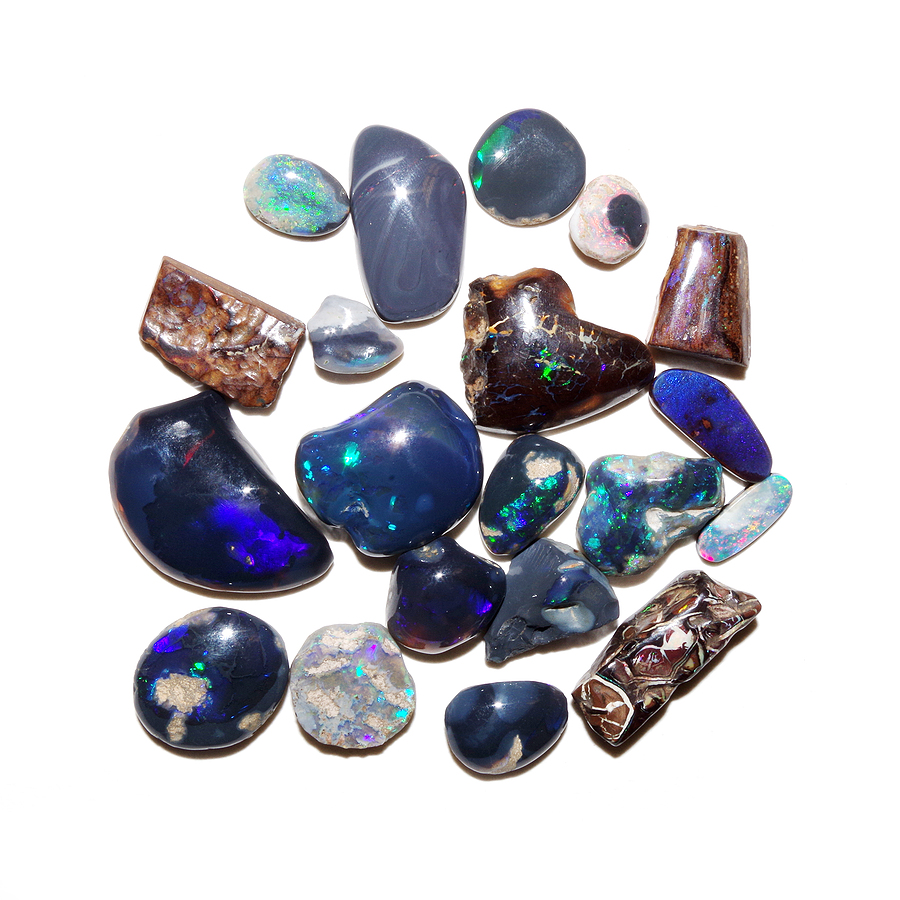